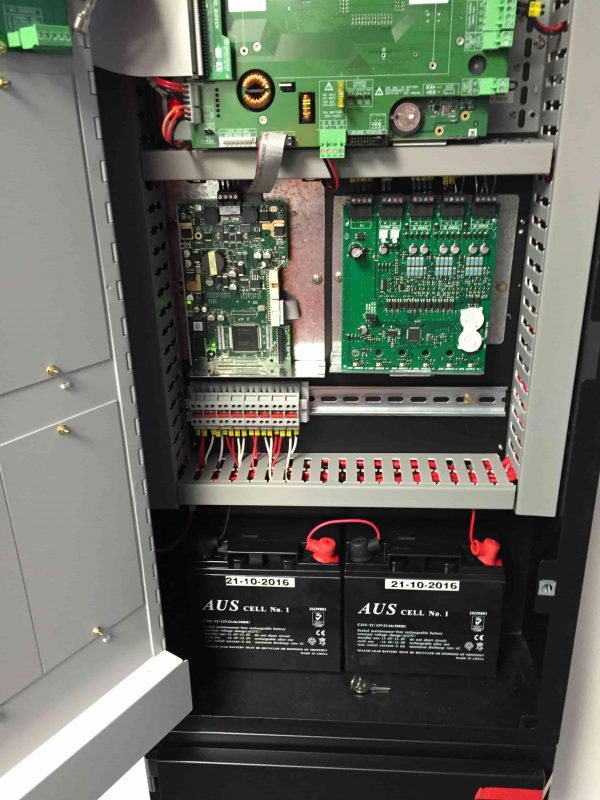 Fire detection is the ability of a system to detect the possible formation of a fire – preferably in the very early stage. The earlier the system is able to detect the creation of a fire will minimise the possibility of any resulting damage and how difficult it may be to extinguish a fire depending upon how well established it is before it is detected.

For a fire to be created there are three elements required and these have to be present in exact amounts to result in a fire – these are;

All of these elements are present in various forms in our everyday lives and it is when they come together in the right combination that a fire results.
Fire comprises 3 very specific stages of creation.

This is the result of the introduction of a source of heat to a fuel source in air such as a burning log rolling from a hearth onto a rug. The incipient stage of this example fire is likely to be quite short due to a large heat source (a burning log) and a good fuel source (the rug) and plentiful air.

As the burning log comes into contact with the rug, the log will heat the rug (the heat excites the loosely bonded molecules of the rug changing the state from a solid to a gas) where the rug will start to give off vapours and fumes. This is the incipient stage of a fire. These vapours and fumes are usually invisible to the naked eye at this stage but they can be smelt and are detectable.

As the rug becomes hotter and hotter, the amount of vapour and fumes increases to such a state that these vapours and fumes become visible – this is the second stage of a fire – the smouldering stage.

The more the burning log heats the rug which in turn gives off more and more vapours and fumes that become hotter, more dense and richer. These fumes and vapour in the form of smoke (the fuel), heat and air mixture will be such that the vapours will ignite, the third stage of a fire will eventuate which is the flame / heat stage.

There are many forms of fire detection and these all have various advantages and failings in being able to detect a fire for a specific risk.

Automatic Fire Sprinkler Systems will not respond to a fire in either the incipient or smouldering stage (they will not provide early warning) but they have excellent ability to respond to a fire in the flame / heat stage and are excellent fire suppression medium. A combined system utilising smoke detection systems to respond to the early stage of a fire which will activate a water deluge system to suppress the fire is just one practical solution to utilise the abilities of each system to complement each other.

Early enough fire detection that will activate a fire alarm and the attendance of fire fighting or trained service personnel to investigate the cause of the alarm will quite often result in a simple repair with no fire at all. It’s all in the design.

There are many different forms of fire detection available ranging from

Just as important as the ability to detect a fire is the need for a fire alarm system to warn occupants of a building and provide a clearly audible and visible (for noisy work areas or hearing impaired) means of warning – Occupant Warning System (OWS).

Exit and emergency lighting are light fittings that have in-built batteries that are able to illuminate the light fitting for up to 90-minutes in the event of a complete mains power failure.

There are many different types of exit and emergency lighting fittings available from many different manufacturers with lights ranging from neat discrete type that are suitable for hotels, motels and offices to larger size tube type and flood-light type for warehouses and factories.

Exit and emergency light systems are installed to provide a safe means of escape for personnel in buildings where there may be an interruption to artificial lighting where they may be working at night time or in areas that natural lighting is not available.

They are available as either single point units that have their own in-built battery or central systems that utilise a common battery bank.

Exit and emergency lighting should be regularly inspected and tested in accordance with Australian Standard 2293.3. These services should be provided every 6-months.